Members of the public are invited to visit a convivial venue next to the restoration worksite, in the small grove in the château grounds: the Maison du Projet showcase centre, a place to discuss the many aspects of a cultural project dedicated entirely to the French language. 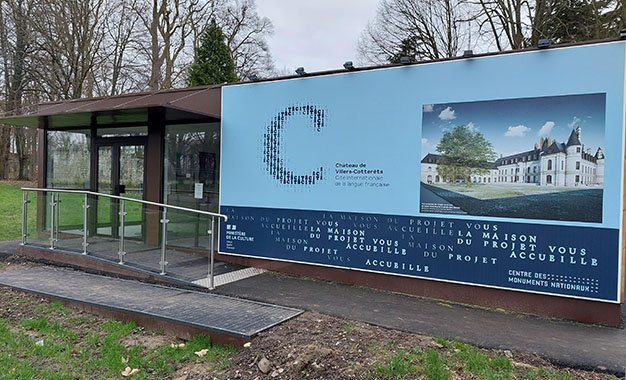 While awaiting the upcoming opening of the Cité internationale de la langue française, this area of discovery and civic involvement – for inhabitants of Villers-Cotterêts and the surrounding villages, ramblers and curious minds – offers a chance to: