The Château de Villers-Cotterêts has never been open to the public. Yet it has been a focal point of French history and architecture. Let us look back in time to explore its eventful history.

A château beloved by King Francis I 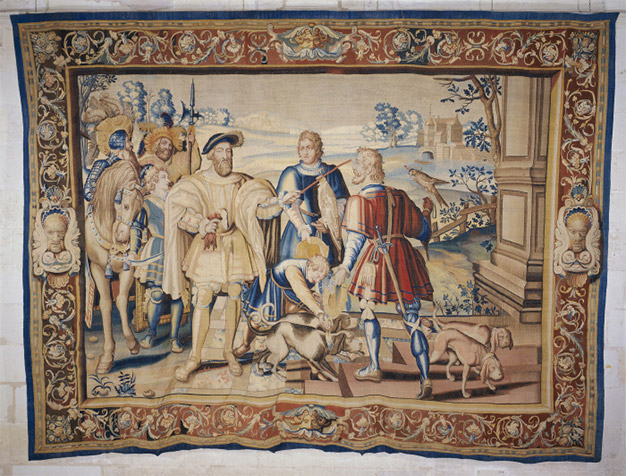 Setting off for the hunt © Caroline Rose / CMN

The renown of the Forest of Retz in the Aisne department of France does not date back to yesterday. In 632, King Dagobert I was already hunting there! Successive kings also appreciated the forest’s abundance of game and built an unassuming residence there. 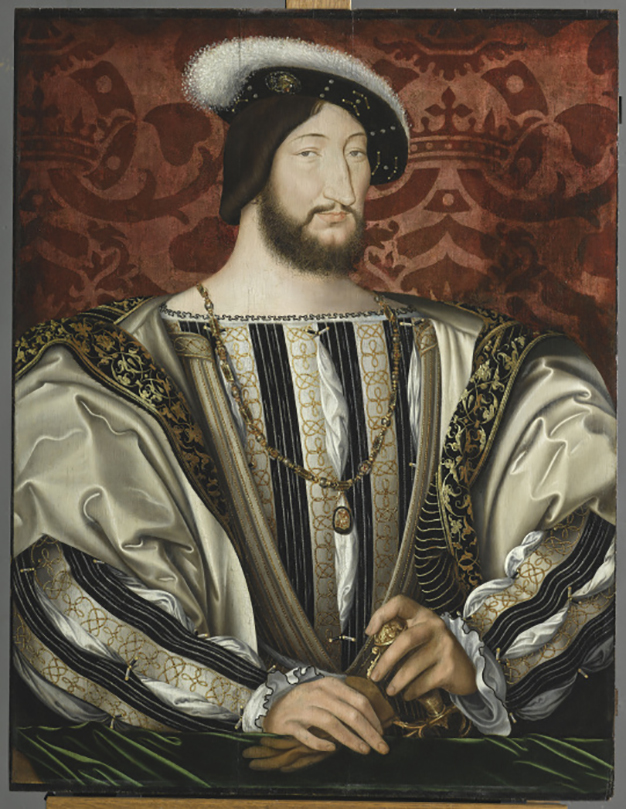 The château’s great history only really began with the future King Francis I, who received from his cousin King Louis XII the Duchy of Valois and the château when he was only three years old!

In 1528, a few years after his heavy defeat in Pavia, Italy, the monarch initiated a series of projects, from the Louvre Palace, which he extended, to the Château de Fontainebleau, which he had built.

To devote his time to his favourite activity – hunting, a symbol of the elite – he built a royal palace in the middle of the Forest of Retz, which was France’s biggest forest at the time.

Villers-Cotterêts was only a modest village back then, but it had the advantage of being the geographic heart of the Duchy of Valois, the dynasty from which King Francis I came.

One of the rare royal residences of Picardy 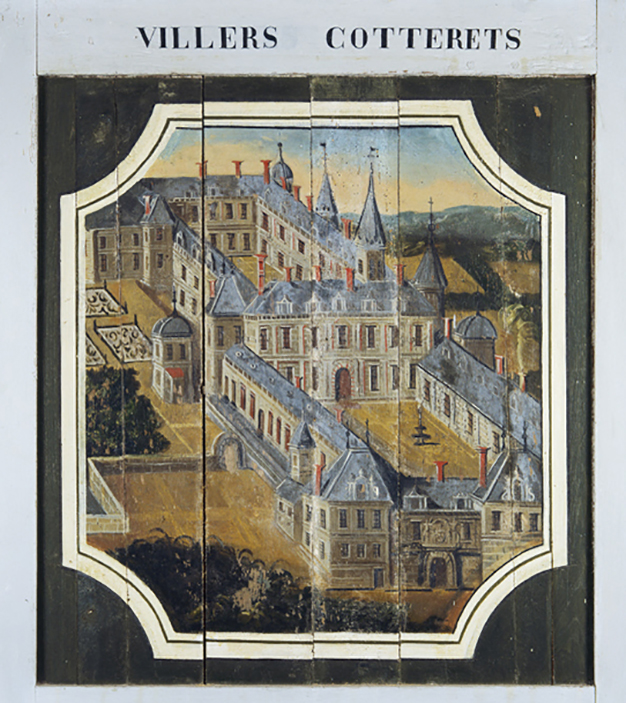 With its prolific decor, the imposing château rivalled with the finest edifices of its era.

The chapel is a masterpiece of Renaissance architecture and the first one in France to break with Gothic tradition. As a symbol of monarchic power, the king’s emblems (salamander, fleur-de-lis and crowned initials) replaced the Christian symbols in this place of prayer.

Over time, famous names in architecture worked at Villers-Cotterêts, from Philibert Delorme (1514–1570), the chief architect of King Henry II who helped build the Louvre Palace, to André Le Nôtre (1613–1700), the famous gardener of Versailles who transformed the palace grounds upon request from Philippe I, Duke of Orléans, the brother of King Louis XIV.

Villers-Cotterêts: the beating heart of the French kingdom 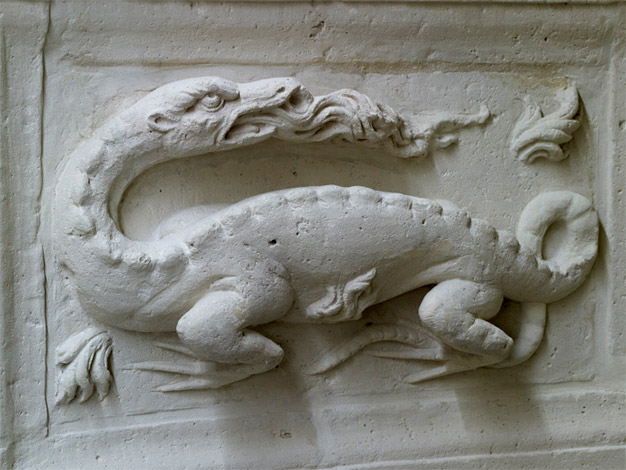 Villers-Cotterêts was appreciated by the kings of France, especially King Henry II, who would hunt deer there for seven or eight hours straight. Whenever the king’s court would stay in Villers-Cotterêts, it would become almost the French kingdom’s temporary capital where policy was decided on.

In 1539, King Francis I signed a historic ordinance at Villers-Cotterêts that stipulated, among other things, that only the French language should be used in administrative and legal documents.

His stays there would stimulate the whole regional economy. Merchants, farmers, inn-keepers and craftsmen would be called upon to feed and serve the king’s court and its prestigious guests.

During just one stay King Francis II spent there, no fewer than “219 chickens and pigeons”, ten pigs, “twelve turtle doves” and 94 capons were ordered!

“To enjoy yourself like at Villers-Cotterêts”: the “Mon Plaisir” château parties 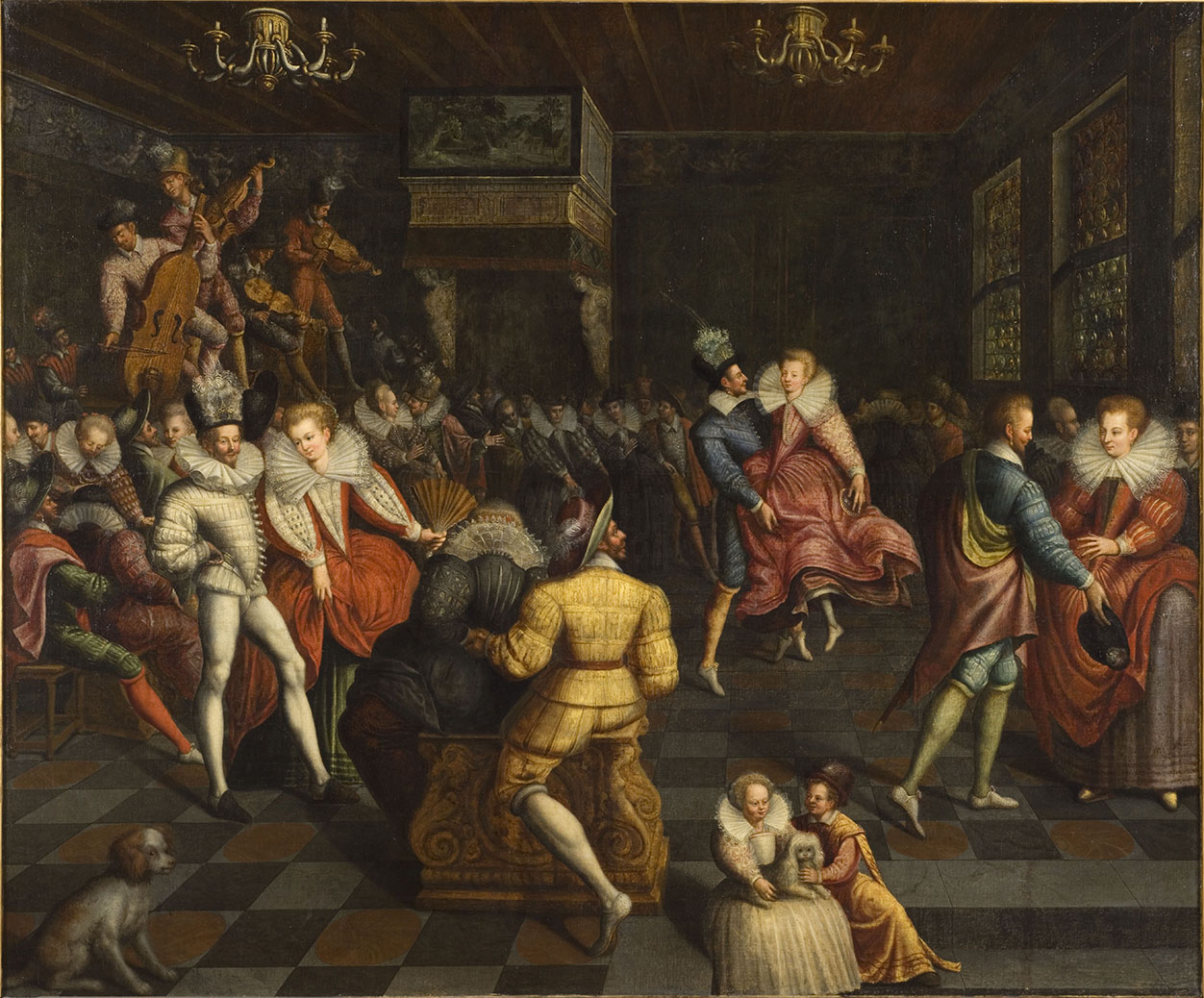 The château was not just a hub of economic and political activity during the king’s stays there – it was a venue for parties too. This is suggested, for example, in the nickname King Francis I gave the château: “Mon Plaisir”, or “My Pleasure”!

This merrymaking and local parties in the centuries that followed gave rise to a saying in the 19th century: ‘to enjoy yourself like at Villers-Cotterêts’. 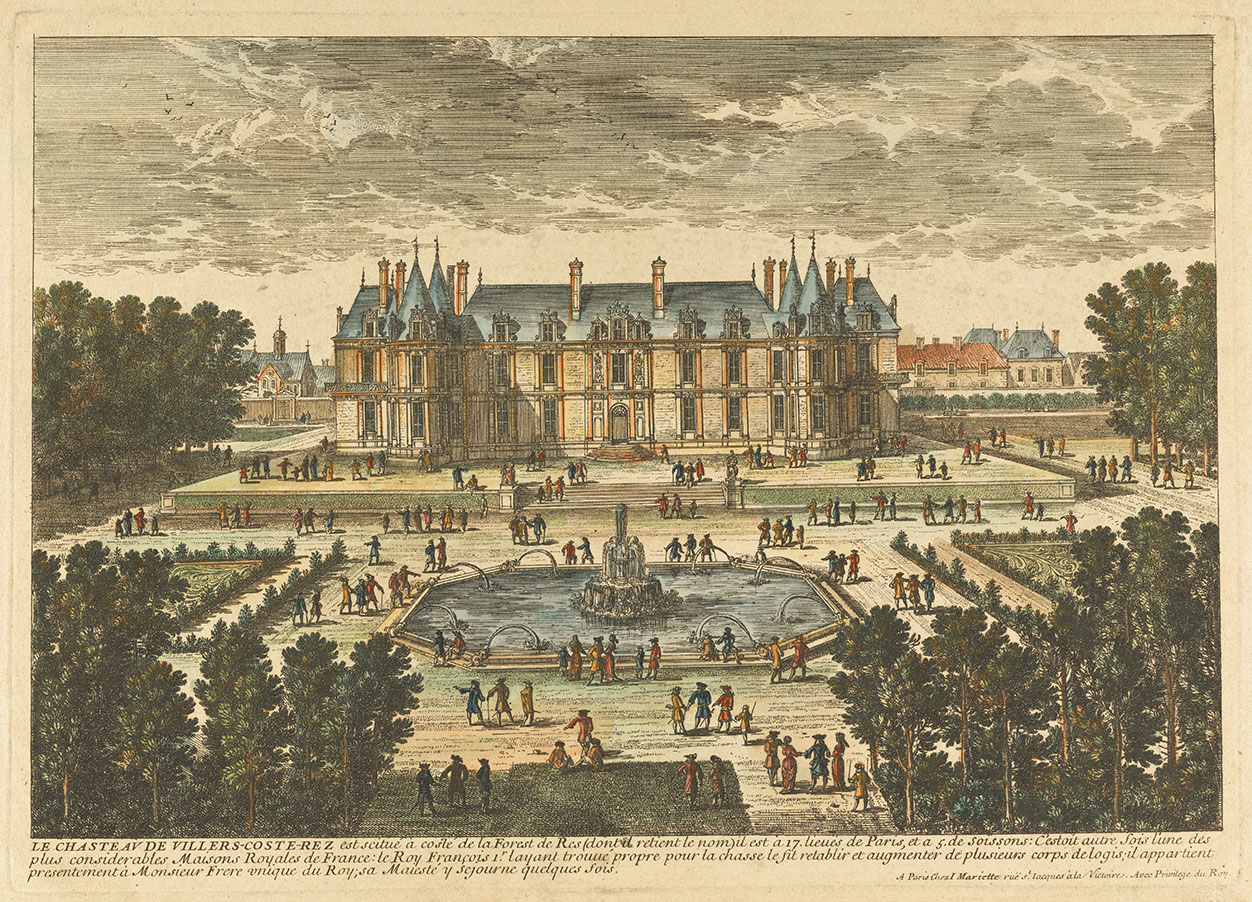 The House of Orléans, which received the château as an appanage from King Louis XIV in 1661, led a life of games, conversations and receptions there.

King Louis XIV spent time there on several occasions, including once for a masked ball in 1680.

The Regent of France, Philippe II, Duke of Orléans, held a party there to celebrate the coronation of King Louis XV, at which 1,000 guests guzzled 80,000 bottles of Burgundy wine and Champagne and cheered 140 opera actors.

From royal splendour to beggars 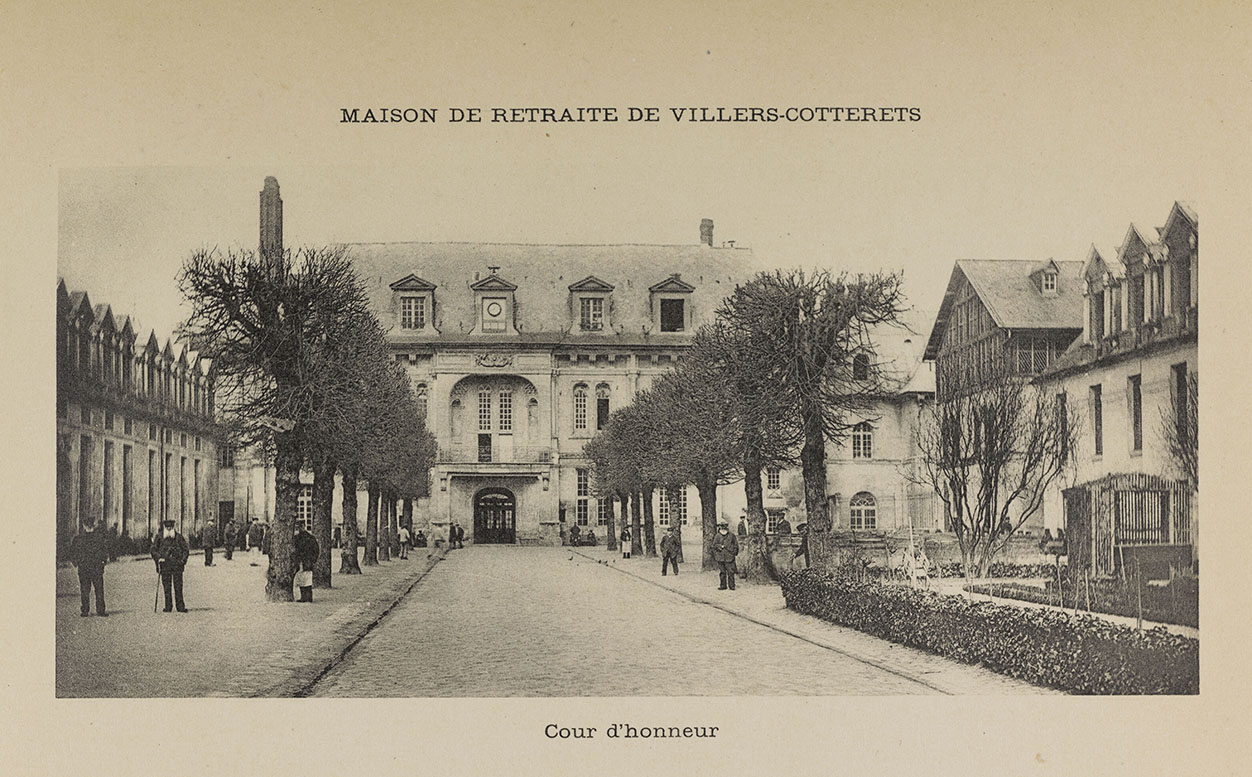 The turmoil of the French Revolution sounded the death knell for the château’s glory, and the château was seized as a property of the state in 1790. History then gathered pace, as did the demolitions.

A French revolutionary army barracks was briefly set up there in 1789, then in 1808, the château became a workhouse for beggars that was used for the destitute of the Seine department, an area that covered a small part of today’s Île-de-France region (Paris and neighbouring towns within a ten-kilometre radius).

To house up to 1,800 recluses, works were undertaken that damaged some of the formerly sumptuous architecture.

A refectory, an infirmary and dormitories were added, like the men’s dormitory in Louis-Philippe’s former theatre and the dormitory for disabled women in the former royal chapel. Walls were pulled down to produce expansive rooms, better for keeping watch. Bars and metal mesh fencing were fixed to the windows to dissuade people from escaping and to avoid accidents. 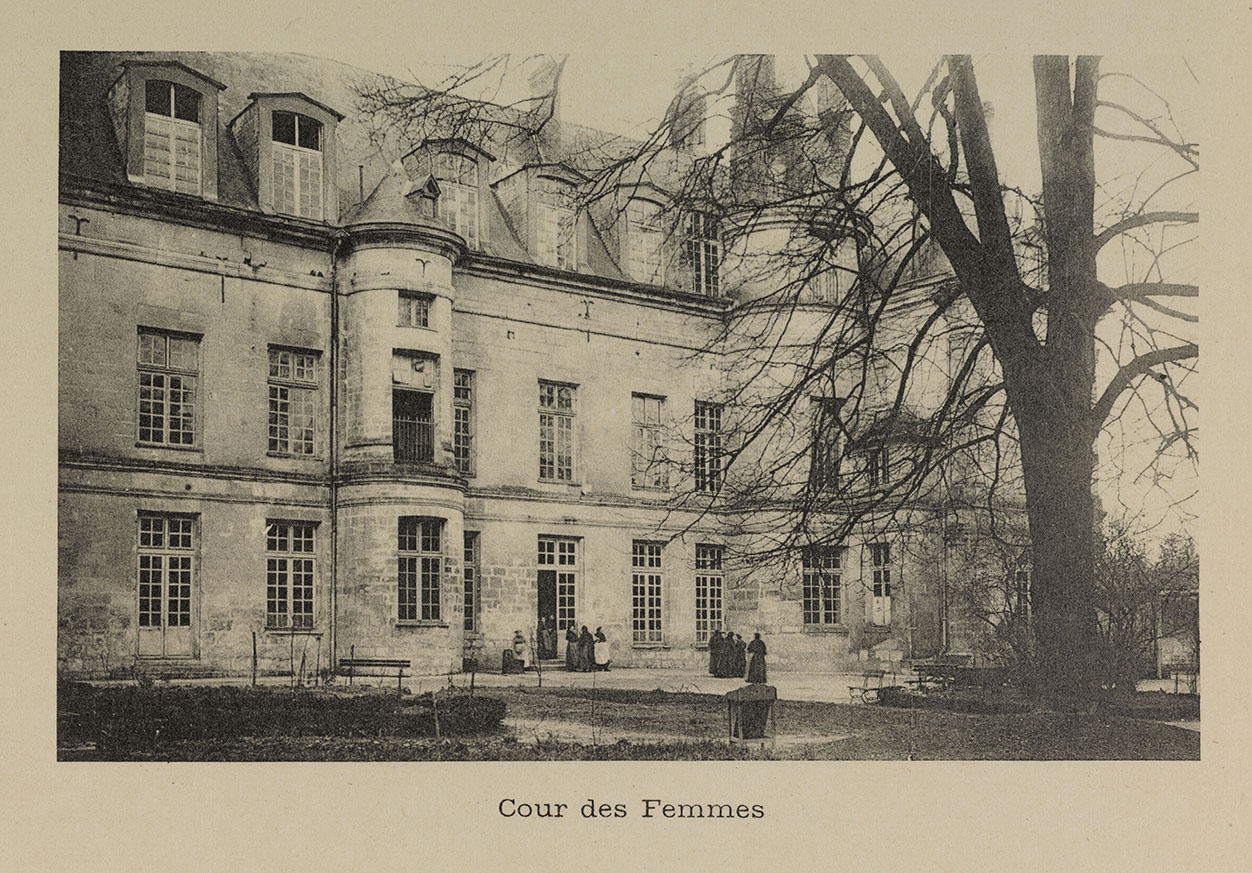 A château that miraculously survived the Great War

Villers-Cotterêts had a front-row seat to the First World War when it was declared. The town was close to the frontline and the army medical unit based itself there, setting up a military hospital in the former royal château and its grounds. On 18 July 1918, the sound of artillery broke out. The town was at the heart of the Second Battle of the Marne.

As a carpet in the Forest of Retz, Villers-Cotterêts was used by the Allies, alongside the Tenth Army of General Mangin, as a base from where they attacked the German counter-offensive after their defeat at the Chemin des Dames.

From this fierce clash, the château emerged virtually intact, apart from its western wing which was partially destroyed and its roofing damaged by shellfire. The document reporting war damage only mentions a few broken windows, a few missing lightbulbs, a second-floor dormer having been torn off and the ceiling of the corridor in front of the chapel having been destroyed.

Do you want to see how was the Château before restoration? Follow Mamytwink's visit during the night, in January 2020 !

A new future for the château 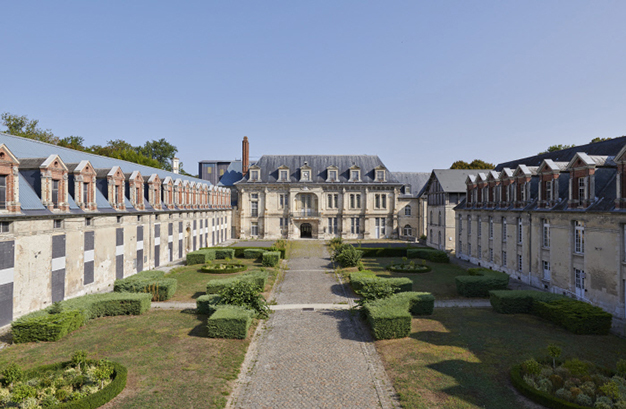 The worksite is under the responsibility of the Centre des monuments nationaux, which manages around one hundred monuments throughout France. It will result in a permanent visitor circuit inviting visitors to embark on a journey through the French language and the French-speaking world.

The site will be open to all and will present a multidisciplinary programme of exhibitions and performances.

Artists, researchers and entrepreneurs will be hosted as part of residencies, educational activities, awareness-raising initiatives and learning workshops on the French language will be run, and a research and innovation ‘laboratory’ focusing on language challenges will also be based at the site.